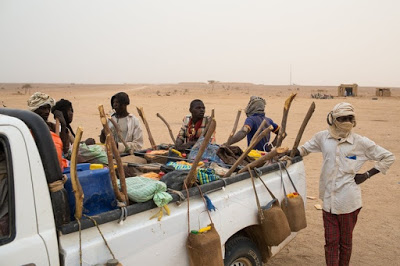 The European Union has offered Niger 610 million euros ($635 million) on Thursday to curtail migration from Africa through the Mediterranean to Europe and said it was seeking more of such money-for-migration deals ahead.

Niger is a landlocked country in Western Africa, named after the Niger River. It is bordered by Libya and Algeria to the north, Chad to the east and Nigeria and Benin to the south.

Some 1.4 million refugees and migrants arrived in Europe this year and last, and the EU wants to cut back on the uncontrolled influx of people.

Niger’s desert city of Agadez is a popular way station for people trying to cross the Sahara to reach Libya and eventually Europe via Italy.

This year has become the deadliest on record for those seeking to make the journey.

The EU has already offered similar schemes to Senegal, Ethiopia, Nigeria and Mali, as well as to Afghanistan, Jordan, Lebanon and Turkey, among others.

On Thursday, EU leaders agreed in Brussels they would seek to engage more African countries in such collaboration.

The bloc has also strengthened control of its external borders and is trying to deport more people who make it to Europe but have no case for asylum.