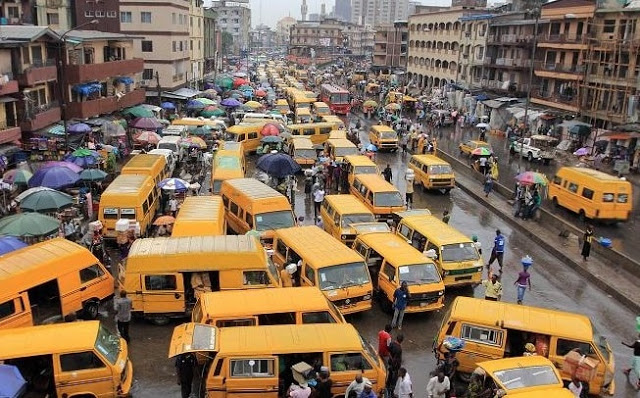 It is a very fast-paced city. You must understand how to fit in, and in such a way that you won’t easily lose your balance.

These are some of the things about Lagos every newcomer has to take note of:

Not that much. You can be at a bus stop and be wailing your eyes out, nobody will come and ask you what the matter is.

2. People are angry and aggressive

Again the conductors, it’ll do you good not to mess with them. They can bite you. Literally.

My friend swore not to ever use public transport in Lagos again after a conductor removed her wig and drove off with it.

3. Everyone is in such a hurry in Lagos

Nobody waits in Lagos. We are all going somewhere and we must get there very fast.

As long as there’s a tiny space your vehicle can squeeze in through, it must be tried even if it is very likely the other driver will bash your car.

It is a hustle to get a bus in Lagos in some places, especially during the rush hours. You have to fight off a million other people.

In one incident, a thousand people fought their way into a small bus before they finally heard what the driver was shouting all along. The vehicle isn’t going their direction and everyone had to get back down again.

5. People are scared in Lagos

You don’t use your phone in a bus, especially when staying near the window. You don’t stay out too late in some places, you don’t talk to strangers or get on just any vehicle you see.

6. Lagos traffic is a b*tch

You can comfortably spend two hours in traffic.

7. The noise level is crazy

No, not crazy. More like craaaaaaaaazy!!! Churches, mosques, herbal medicine sellers, they all compete for volume.

8. The zebra crossing only works at Ikoyi

There is one at Anthony, but don’t ever try to use it or you might be lucky to go free with just an arm.

Well, most of them. They don’t care if you buy their wares or not. Just don’t ask them silly questions.

The mosquitoes in Lagos, just like the people, have no respect.

And they have already grown resistant to almost all the insecticide brands so you might as well not waste your money.

For an undiluted Lagos life experience, read Something Bigger Than Love by Daniel Nkado.

3 Comments on “10 things to know before moving to Lagos”