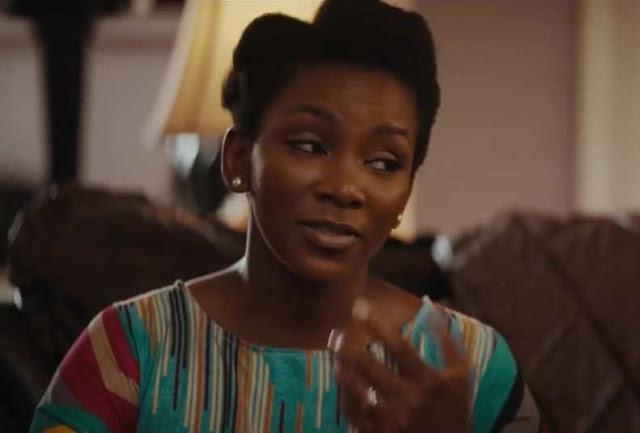 To the good success and reception of Lionheart movie, another equally amazing news has surfaced.

But as great a news this is, it is unlikely true that Genevieve received that entire amount for Lionheart movie, for obvious reasons.

Generally, it’s the production house that owns rights to a movie.

Because rights ownership of a collaborative work could be confusing, production companies usually have all crew and cast sign an employment contract that assigns the individual rights to the production company.Consider: a writer wrote a script, a camera operator filmed the acting, a set designer created sets, a production designer filled that set with custom made objects, an audio engineer recorded the dialog, a composer wrote a score, and so on.Only when the company that made the film own all of the rights could it be possible to easily distribute the film on screens and TV.However, quite often, a lot of people could still be involved in the ownership of a movie.


Even if the rights to distribute and sell a movie generally belong to the production studio, there are may be a lot of other rights “bundled in”.


For example, if music is used, the musician will still generally own the rights to the song, with the movie studio having purchased use and distribution rights to it for that movie.


And of course, actors and such may also have rights to royalties, profit sharing, and so on.With anything aside from a very simple amateur film, there are probably a lot of different rights bundled into any major movie.

Thought it is possible for a film to be wholly financed by one individual, the producer of Lionheart is actually Chinny Onwugbenu who is the co-founder of The Entertainment Network (TEN), a film production company she owns with Genevieve.

To acquire rights to distribute a creative content, payment is usually made to the rights owner and Lionheart is probably jointly owned by Chinny and Genevieve.

If Netflix paid $3.8 million to acquire Lionheart, the amount will be split between all the people involved in the rights ownership.


Victor Uma is a graphics expert and senior editor at DNB Stories.

One Reply to “Why it is unlikely Netflix paid Genevieve Nnaji $3.8m for Lionheart movie”