In a video currently making the rounds on social media, a man named Adeyinka Grandson claiming to be the leader of Young Yoruba for Freedom (YYF) – a Yoruba secessionist group agitating for Oduduwa Republic – said he has given all people of Igbo origin living in Yorubaland 48 hours to leave or be dealt with mercilessly.

Adeyinka Grandson in his threat video said from Monday, October 26, all vehicles will be stopped and checked and any Igbo person found still living in Yorubaland will be seriously dealt with.

Watch the video of Adeyinka Grandson threatening Igbos below:

Adeyinka Grandson who lives in the UK was arrested last year (2019) over threatening posts made on social media against non-Yoruba ethnic groups in Nigeria.

Described as a Yoruba supremacist in the media, Adeyinka Grandson is known for making inciting statements against non-Yoruba ethnic groups and threatening harm on them.

Sat Oct 24 , 2020
Nollywood actor Clem Ohameze was reportedly attacked by hoodlums on Thursday, October 22 in Uyo – the Akwa Ibom State capital. Reports on social media allege the veteran actor was robbed and injured by the hoodlums during the attack. One of the first people to share news of Clem Ohameze’s […] 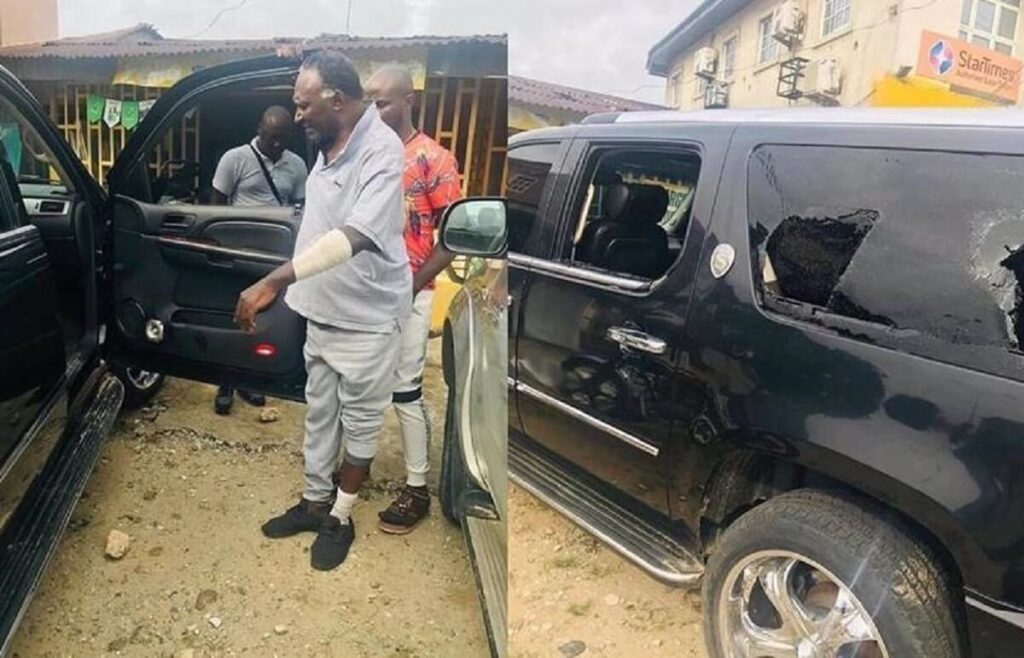