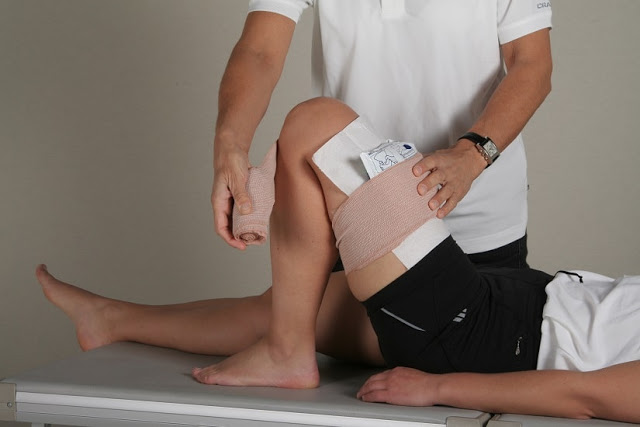 A lot of people may laugh and make joke when they hear the words: “exploding toilet.”


But despite how amusing the words appear, toilet explosions are anything but a laughing issue.

Narrating what she described as the “most statistically improbable thing that’s ever happened to her”, music composer Gail Patricia Norris says:

“On May 6, 1986, I was sitting on a toilet at work. When I reached back to flush it, the toilet exploded, sending shards of porcelain everywhere.

“Some of the sharp pieces hit me on the back of my legs.

“Everyone in the building heard the loud boom and came running to see what had happened. Even though I was injured, they couldn’t help laughing. When I got to the hospital, the doctor on duty tried not to laugh when I told him that I had been sitting on a toilet which blew up on me.

“The shards of porcelain were removed from my legs, and I recovered. I took me a long time to relax near a toilet.”

On YouTube, one man is standing in a bathroom covered in porcelain pieces.

He says, “After my son used the toilet…30 seconds to one minute later, a violent explosion occurred.”

He then pans the camera around the bathroom showing the aftermath of the toilet explosion.

“The porcelain jettisoned so violently across the room,” he explained showing a piece that had pierced the wall.”

One consumer wrote: “I heard an enormous crashing.”

Another person called it a “booming sound.”

“I shudder to think about my eight year old nearby,” reported another complainant. 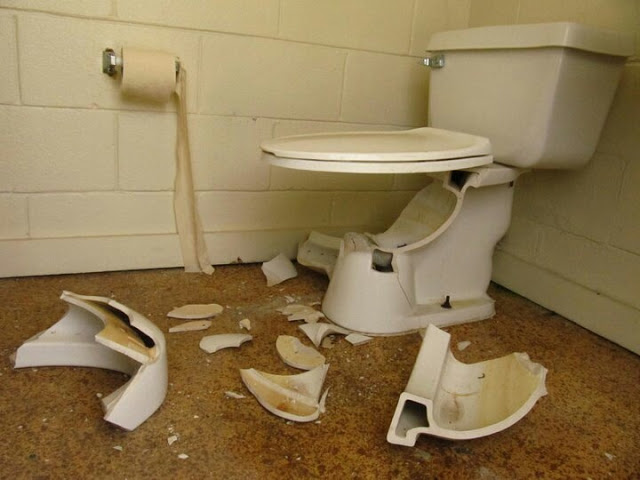 In another story, someone narrated: “When I say “exploded,” I mean that a geyser of human waste erupted from the toilet bowl. In my memory, I have a vision of it splattering everywhere, covering us in scratchy toilet paper and effluvium, but more probably, it just overflowed from the bowl and got on our shoes.”

One man wrote, “I required dozens of stitches when I got to the hospital.”

One victim was knocked lifeless and acquired shrapnel wounds on the arm, face, legs and head after the toilet exploded.

It turns out the most common cause of exploding toilets is air pressure in the pipes.

“Prior to my ‘toilet attack’, the water had been shut off for plumbing repairs, so the air pressure may have increased, causing the explosion,” Ms Norris explained.

According to experts, the best thing to do after a toilet explodes is to stop using the toilet and immediately switch off the water source of the toilet.

Flush the pressure system to release the pressure and visit the clinic to get adequate medical attention for any injury(ies) sustained.

Then call the toilet manufacturer or store to know if you can get a replacement.