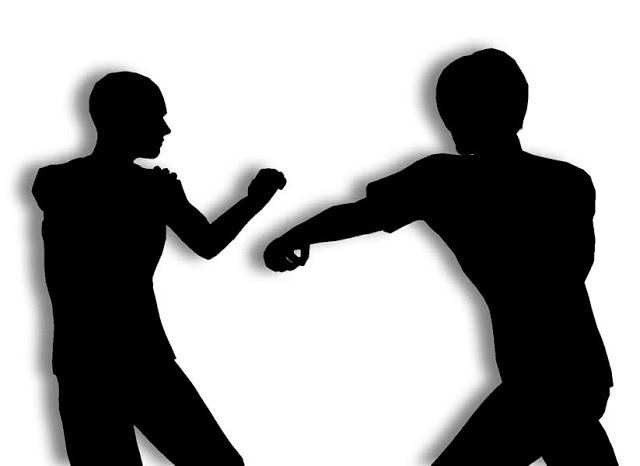 I moved to Lagos in July from Ibadan where I used to live.

Unlike Ibadan (the second most-populous city in Africa after Cairo and second biggest by land mass after Cairo), Lagos is a vice city — a place where the dumbest could easily becomes the smartest.

I wasn’t new to the hustle and bustle of the city because I have been there several times.

In fact, I should have lived in Lagos but, I hated the city until I got a job there.

To summarize the whole event, let me fast forward to that fateful morning.

I woke up at around 4:00 AM like every other normal day (this is the perfect time to rise if you want to beat the Lagos’ crazy traffic).

I had my bath and brushed my teeth, dressed up and headed out (forget about breakfast, you can have that in traffic by buying gala-sausage roll and soft drinks).

I took the first bus (I have to use 3 buses to get to work – Lekki), and alighted at the next bus stop.

On arriving there, the people waiting for the same bus I was taking would make you turn back and head home.

Well, the bus came and the struggle began. Everyone was trying to get into the bus. I have learnt that if you don’t want to lose any item, be it your phone or money, do not struggle.

Unfortunately for me that morning, I was late so I had to struggle to get in. I did struggle and I got in by strength and luck after I first clenched my bag tightly to my chest.

I don’t want any story that touches the heart (or bum-bum).

Mid way the journey, the conductor started collecting the fare which was 200 Naira.

I gave the conductor 1000 Naira note. He said he does not have change but he will when I get to my bus stop. I waited while I reminded him for my change at intervals before I got to my bus stop.

Alas, I got to my bus stop and demanded for my change only for the conductor to tell me he he has given it to me.

“Which kind yawa be this (yawa also means trouble)”?

These were my exact words. Then, I decided to show him I no be JJC for this city (JJC means Johnny Just come – a term used to describe a “stranger” or “newcomer”).

I took my bag, strapped it across my shoulder to my back, removed my wristwatch and pocketed it.

I then changed my face to “frown plus angry mood”, used my deepest voice (I naturally have a deep voice) and said “Ogbeni, oya werey ni (translated to Mister, are you mad?”)

The conductor seeing that I was furious signaled to the driver to start driving. Unfortunately for him, as the bus started gaining speed, I pulled him off the moving bus (conductors always hang by the door) and he fell off straight.

I got nearly hit, but I kicked him in the stomach a couple of times, took all the money in his hand, hailed a bike nearby and asked the bike rider to drive me through narrow paths to somewhere safe.

I know by doing that they won’t be able to chase me.

I got home with a guilty conscience but I was happy I taught the dubious conductor a good lesson that day.

To survive in Lagos, you must act tough, be smart, cunning, and always MIND YOUR BUSINESS.

Ogunremi Oyeyemi is a Data Application Analyst and Lead Photographer at Illuminance Photography.