A video where US-based Ghanaian Pastor Sylvester Ofori threatened to kill his wife had emerged online days after he shot her dead in the US.

On Tuesday, September 8, around 9 am, Pastor Sylvester Ofori was caught on surveillance footage fatally shooting his wife, Barbara Tommey near the front door of the Navy Federal branch on Gardens Parks Boulevard, Orlando, where she worked as an assistant manager.

The police said the surveillance video showed Mr Sylvester Ofori shooting his wife (27-year-old Barbara Tommey) and then standing over her body and releasing additional rounds into her head. Mr Ofori released a total of seven bullet shots to Barbara. She was pronounced dead on getting to the Orlando Regional Medical Center on Tuesday morning.

A video has surfaced online where Pastor Sylvester Ofori told Barbara Tommey’s older brother to his face that he was going to kill his sister.

Ofori said: “Can I tell you something? If I don’t kill your sister, then me I’m fake.”

As reported, Barbara Tommey had come to the house in the company of her older brother and sister to pick a document after her estranged husband, Sylvester Ofori attacked her earlier.

A fight ensued between Sylvester Ofori and Barbara’s brother but she pleaded to his brother to stop beating him. Barbara’s brother then ordered Ofori to leave the apartment. As he was leaving, he turned back at the door and promised the man he was going to kill his sister.

Barbara’s brother, startled, asked if they got that on video. He then told his sister to call the cops immediately.

Watch the video where US-based Ghanaian Pastor Sylvester Ofori threatened to kill his wife before eventually killing her days later:

Sylvester Ofori was arrested the night of the same day he shot his wife, Barbara Tommey. Police secured a search warrant for Ofori’s apartment in Orlando where he was arrested.

Mr Sylvester Ofori, a Ghanaian pastor based in the US, has been charged with first-degree murder with a firearm and faces life in prison or death penalty if convicted.

Fri Sep 11 , 2020
A Black woman named Jordene Phillips who lives in London has set up a GoFundMe account for racists who keep telling her to go back to her country to donate the money she can use to leave. The GoFundMe fundraiser page which has the caption “Racist people fund me to […] 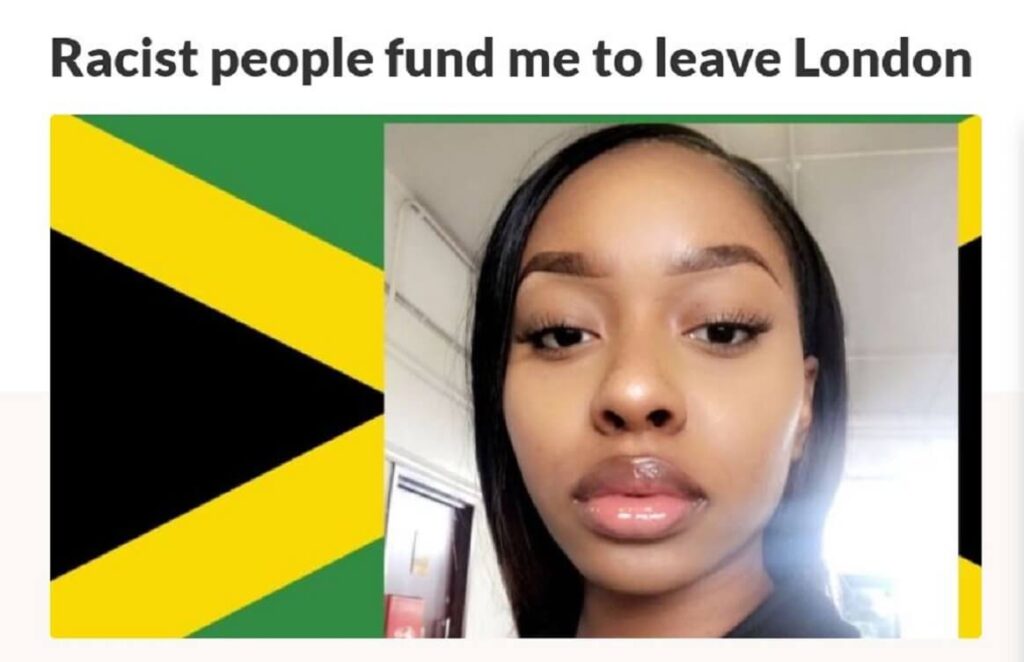