She also described Mr Macaroni as a celebrity with a career in “belittling and objectifying” women.

“Mr macaroni make a living for himself by making useless sexist skits, objectifying women but you all are totally ok with it! These are the little things that matter! An entire celebrity with a career in belittling and objectifying women! Ok ooo.”

“The whole thing saddens me and yet the so called feminists think he is the best thing since sliced bread. I detest his skits and are angry with the girls who perform in them. Zero intelligence in the contents. The emptiness of the ‘yeyebrity'”.

A few accounts defended the comedian.

“It’s not that deep sis, I will implore you to look for the lessons therein, yes He objectify women, I guess He’s showing Ladies how to deal with guys and not get objectified,” someone said.

Tue Jan 26 , 2021
Yoruba youth leader and activist Sunday Igboho has confirmed a section of his house in the Soka area of Ibadan was set on fire by hoodlums early Tuesday morning. Mr Igboho during a visit to the scene of the incident said he was sleeping in his old house around 3:00 […] 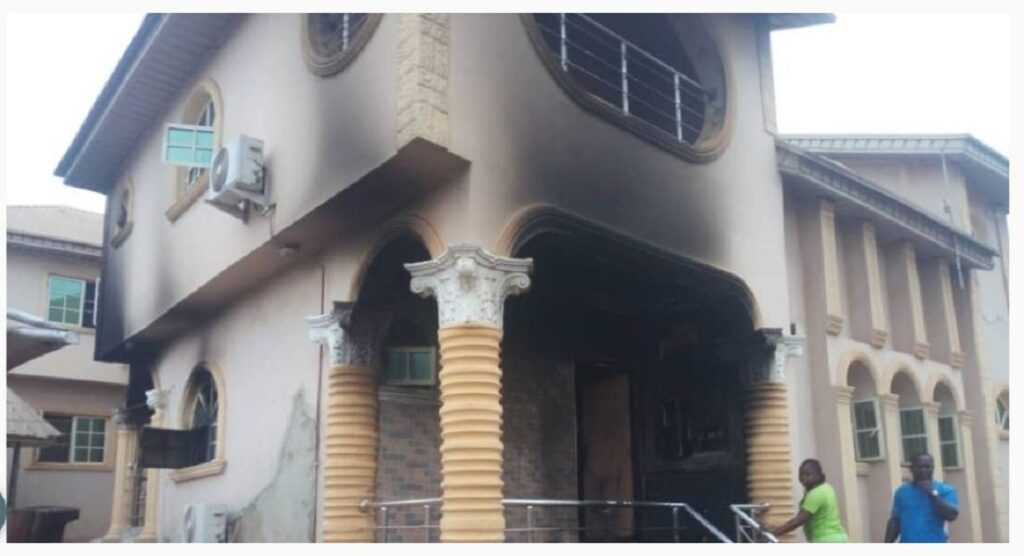